No, it's not a mad scheme to embed the blueprint of Google's corporate ambitions in the genome of every living human (though don't think they haven't thought of it). It is, rather, an effort to use Google's alarmingly Everestian stockpile of data to track the spread of the flu bug. 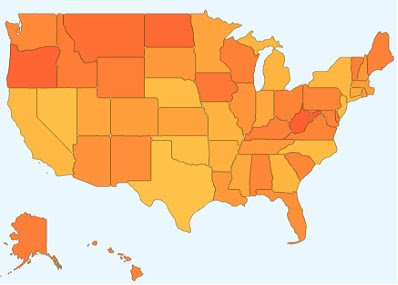 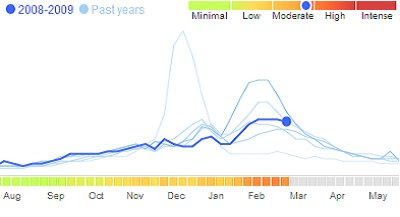 We have found a close relationship between how many people search for flu-related topics and how many people actually have flu symptoms. Of course, not every person who searches for "flu" is actually sick, but a pattern emerges when all the flu-related search queries from each state and region are added together.

During the 2007-2008 flu season, an early version of Google Flu Trends was used to share results each week with the Epidemiology and Prevention Branch of the Influenza Division at CDC. Across each of the nine surveillance regions of the United States, we were able to accurately estimate current flu levels one to two weeks faster than published CDC reports.

So by using the use of search terms as a proxy for people's deepest wishes and concerns, and by extension as a proxy for their physical state, Google is providing a public service - letting us know where and when the flu is spreading. Faster than the Centers for Disease Control itself. Nothing nefarious about that.

This seems like it would be a lot more useful if the data were aggregated at units smaller than states. Say there is an outbreak of flu in Houston, but you live in El Paso, Google Flu wouldn't be of much use to you.

Also, it really bothers me that the map of the US isn't projected. I guess no cartographers work at google.

I returned to upstate NY where I just laid in bed for days with a fever that just wouldn't go away. After more of this, I grew increasingly sure that this was not simply the flu!