Place of the Week: Nauru

The possibly misguided continuation of the Place of the Week series takes us this time to an erstwhile paradise in the South Pacific: the Micronesian microstate of Nauru. 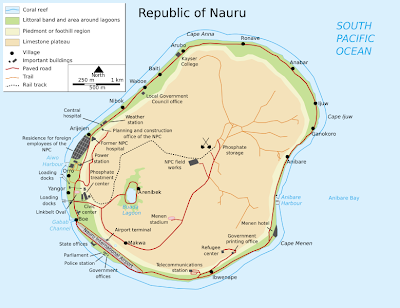 The tragic story of the island nation of Nauru begins in the digestive tracts of countless generations of sea birds. Those were the production facilities of what would become one of the world's most valuable commodities: bird shit. Or at least, it would become very valuable after being deposited in copious quantities over millions of years and reacting with the uplifted coral that formed the structure of the island to become phosphate, from whence comes phospohorus, which has many industrial and agricultural uses, including as a key component of fertilizer.

Turns out that the combination of Nauru's geology and its ecology allowed the island's phosphate deposits to become some of the largest and highest-quality deposits in the world. Mining began in the early 20th Century, when Nauru was a colony of Germany. The island would go through periods as a possession of Australia, Japan, and the UN before becoming the world's smallest independent nation in 1968 - and all the while, the mining continued.

It was an absolute bonanza. The small population of the island gained enormous wealth from its phosphate exports. By the early 1980s, the country had the second-highest per capita income in the world, after the United Arab Emirates. And, like the UAE today, the country was not ashamed to spend the wealth it derived from its 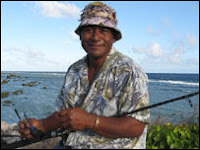 natural resources. People chartered planes to go on international shopping trips around the Pacific Rim. The country imported fancy sports cars, even though the entire nation can be circumnavigated by bicycle in an hour and a half and the highest speed limit on the island is 25 mph. The nouveau riche Nauruans were living the good life and profiting from a natural bounty that seemed to be a limitless gift from God.

Unfortunately, the island's good fortune did not extend to its investments of that wealth, to the extent that investments were even made:

"We just didn't know how to handle it all," a barefoot islander told me as he played his guitar beneath a tree.

"Hardly anyone thought of investing the money. Dollar notes were even used as toilet paper," his friend told me. "It's true," he insisted seeing my look of disbelief. "It was like every day was party day."

The world's most dubious investors - from the nefarious to the clueless - saw in Nauru a likely target for their financial schemes. One advisor to the Republic of Nauru convinced the government to invest in Leonardo the Musical: A Portrait of Love, a West End production that would go down as one of the most spectacular flops in the history of the London stage. The country also made various real estate investments around the world that would be gradually vaporized by corruption and mismanagement. And when the nation finally took a break from its decades-long party to look around itself, it made a discovery: the phosphate - the source of all the good times - was nearly gone, and so was the money. 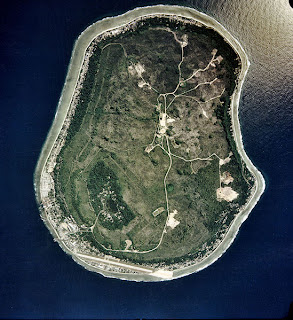 The country has tried other means to keep its financially foundering fortunes afloat. It went the route of other island nations by trying to make it as a tax haven and money laundering center, though pressure from the Financial Action Task Force on Money Laundering quickly scotched that plan. And in 2001, a Norwegian boat carrying a cargo of human refugees, including some from Afghanistan, was diverted from Australia to Nauru; in exchange for keeping the refugees in a detention center on the island, Australia threw Nauru a lifeline of financial aid. Australia decided to close the facility in 2008, and its unclear how the island will deal with the consequent shock to its now refugee detention-based economy.

Meanwhile, mining has left the once pristine nation comprehensively denuded. A thin limn of foliage clings to the edge of the island, 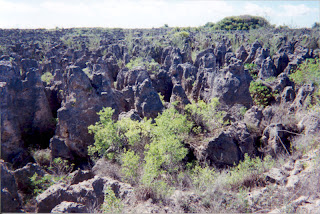 but almost the entire interior - 90% of the island - has been rendered a wasteland. The country, having squan- dered its resources and its wealth, is now left without even a healthy natural environment from which to rebuild.

Nauru's tale is the story of a population whistling past the graveyard as it gradually depletes the finite resource on which its economy and its society depends, preferring to live extravagantly without considering what might happen when that resource inevitably disappears.

Feel free to draw your own lessons.

UPDATE: NPR's This American Life had a really good episode a little while back about Nauru. Here's the link.
Posted by Chachy at 5:40 PM

I think I remember hearing a piece on NPR about this place, about a year ago... will try to dig that up

Yeah, you might be thinking about a This American Life episode, which was what originally planted the story of Nauru in my brain. I'll post the link.

You are absolutely right, it was on TAL....
Here it is

Goodness, there is a lot of worthwhile info above!